I love a good noisy offering at the end of every October.  I love the little girl who talks the entire time I’m talking at children’s time.  I’m talking about how great it is they are giving their coins to mission all the while she’s telling us what she’s going to be for Halloween and what her favorite candy is and where she got the temporary pumpkin tattoo on her arm.  I love that while she’s talking and I’m talking the older kids are making their way through the congregation with paint cans collecting coins which makes everything even louder and more chaotic.  I love that when the littles went to put their dixie cups of coins in the big metal bucket she raised her dress to her neck because, well, she could.  I’m not sure there’s anything better on earth than mostly controlled chaos that has at its heart noise and giving and receiving and being seen and watching the noisy metal bucket fill and seeing the older kids faces as they pour their paint cans of money and are every time astounded at how high the level of coinage gets in the big bucket.  What we can do together becomes vividly and noisily clear.

There’s something about that which we are reminded Jesus knew.  As the disciples tried to stop people from bringing the short-leggeds to be blessed by him, he said no, no, no, let them come, to such belong the kingdom of God.  Every once in awhile I think we see what he meant.  In their lack of awareness of themselves as a self in moments of noise and focus on what they are doing and needing to talk and be seen at the same time everything else is happening, there is a glimpse of what it is to be beloved by God who I have no doubt delights in young and old alike becoming like children, if only for a few moments. 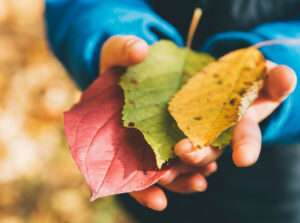 I don’t know about you, but sometimes life feels a little heavy, and intense, and so serious that the word delight disappears from my vocabulary.  And it’s not God’s problem for not putting in front of me, every single day, wonderfully creative things to experience and enjoy.  It’s losing track of the foundation faith offers for a sacred rhythm of work and play and walking and running as much as sitting in front of screens that do not encourage activity and participation.  I know, I know, screens and social media and all the platforms are here to stay.  My recollection of typing my Masters Thesis on an electric typewriter makes me want to hug this flat screen and keyboard that make writing and creating so much easier.  Annnnnnnnd, I also realize that while it makes everything easier and quicker and mostly more efficient, the temptation to simply stay attached to a screen that seems to offer the world at our fingertips, is in fact, not the world.

I was in Costco last night and was less efficient than I’ve ever been in my life.  I knew exactly what I went in to get, knew in general where most of the stuff would likely be found, and yet I probably walked from the front to the back to the front to the back and up and down aisles I’d already been down 3 or 4 times.  I finally took out my phone to google where in the Costco on 95th street in Johnson County, Kansas is the Almond milk located.  It didn’t help.  And I will say, they had moved it from its “normal” place near the back, south of the meat and east of the cow’s milk cooling room, to the end of what seemed to me a random aisle that didn’t really fit.  It worked.  I ended up putting frozen pizza in my cart that was in a glass front refrigerated case right across from the stacks of Almond milk, so there’s that.  Those sneaky little mover-arounders of items so other things catch your eye.  I see what you’re doing.  And it still worked.

I went back and forth and up and down so many times I randomly kept passing or running into the same person who I’d never met before, but we decided we were probably meant to be friends as we chuckled together on our 4th time passing.  I invited him to Grace . . . I think our short-lived but clearly vastly meaningful friendship became suddenly awkward and ended there.  In another aisle a very nice woman said “Pastor Nanette!”  Because, you know, you’re seeing but not seeing when you’re simply trying to find things and get out.  I looked up and there was a Grace member who seemed happy to see me.  She has not been back in person since pandemic but was aware that I’m retiring.  We had a lovely conversation for some delightful moments, and I wandered on some more because I was reflecting on it and not refocused on Almond milk.  Up and down a few more aisles then finally finished.

It was totally inefficient.  It took at least 30 if not 45 minutes longer than it needed to.  They did not even have samples out to stave off my impending deep hunger as it grew longer past dinner than I had planned.  And yet when I crawled in the driver’s seat of the truck, I found myself smiling.  Smiling at random interactions.  Smiling that it still amazes me when I am directionally challenged inside a store.  Smiling that regardless of whatever is happening in the world or the church, people are simply the best and most entertaining piece of being alive.

Now and again we need to simply keep talking about our Halloween costume and our favorite candy whether anyone is listening or not.  Now and again we need to acquire a temporary pumpkin tattoo on the arm we carry our coins up to dump into a big bucket making a noise that reminds us we have so much to give. Now and again we need reminded that living in the moment is often filled with so much delight that we may just catch a glimpse of the kingdom of God regardless of how long or short our legs or our years of life are in relation to the quantifiable aspects of reality. Now and again, may it be a minute, or maybe two, of grace!

Catch up on past Minutes of Grace!