I try and learn something new every day.  Simply seems like a low bar when we’ve been given such a wonderful and complex and astounding life to live on an amazing earth.  Sunday I learned that dogs can get Bell’s Palsy.  Who knew?  We started noticing Max was drooling, but he loves my sister who has been staying at my house along with my parents, so I simply figured he was so enamored with her, who wouldn’t be, that he simply drooled when he saw her.  BTW, she’s not the biggest dog person in the world, so of course Max wants to be touching her as much as possible.  Some good humor for the younger sister. *snort  But then my mom noticed that one of his ears was not perky, like the other.  He has a little bull terrier in him, so has the helicopter ears.

Off to spend money at Blue Pearl.  Those Vets really are the best but do take your credit card.  So they said it was most likely Bell’s Palsy.  He’s eating great, running around and doing all the other Max things that he loves, so he’s feeling pretty good.  Right now eye drops are the only prescription, and he’s actually happy as a clam when we do it because of extra pets and sometimes a treat or two.  The Vet world doesn’t know what causes it, so I asked if it might be because my sister is not warmer to him and doesn’t hug him very much.  The Vet said they didn’t think that was probly the underlying cause.  I think the jury’s still out.

It can happen like that, can’t it?  Something unexpected that you might not realize is even possible?  A friend sent me a thing on FB I could join and people take pictures of their backyards and post them from all around the world.  I’m not big on social media – but I LOVE THAT!  People post pics from their apartments in large cities, from expanses of acreage outside of small towns, from views of the Alps to folks living along lakes and even the Mediterranean Sea!  They post a few sentences about where it is, how long they’ve been there, and sometimes why they moved to that particular place. 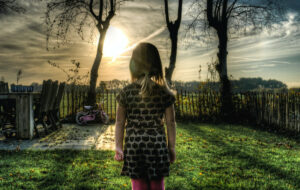 There are so many negative opinions and comments on social media, and at least so far, I’ve seen none of that with these posts.  And I’m seeing places I never would have even thought about being fun to visit.  I’m not big on flying overseas, but wow.  And I think what makes it the best is the realization that there are “regular” people, just like us, living their lives in western and eastern Europe, in the Middle East, in Southeast Asia, and every place in between.  And they are viewing their backyards with perhaps new eyes knowing that the rest of us will be sometimes astounded, sometimes comforted, and sometimes in awe of what they are seeing every day.

It reminds me how easy it is to get caught up in our own rather small world, how we do things and how we live, and fall into the idea, without really thinking, that it must be how the rest of the world lives, and works, and does things.  I think what is universal is that we all create “home” in the particular places where we live.  Home certainly has as many meanings as there are people, and yet our external context as well as our connections and relationships subtly and not so subtly helps define our home and our identities within and outside those dwellings.  What’s interesting in these pictures, is that they are all backyards, so you really don’t know if the houses are expansive or hovels, if they are an average of the surrounding area or unique in every way.  The genius of photos of the backyard is that we can see it without making early evaluations about the people or their way of being. I love that as well.

New and unique perspectives are never a bad thing.  Expanding our view of the world may bring a greater appreciation of both our diversity as well as our commonalities.  I probably will only ever see most of these backyards from my computer screen.  Somehow the fact that they are not travel brochure quality, nor any kind of marketing or advertising brings a quality of known-ness that is invitational in its authenticity.

What is it about your backyard that makes it home for you?  Favorite trees?  A garden? Birdfeeders? A view of the western or eastern horizon that on any given day allows you to see the beauty of sunrises or sunsets?  Is it the play area that entertains your children or grandchildren or the path that your dog makes because somehow he can’t vary his direction regardless of the situation?  Is it the memories that are kindled when you see your outdoor grill or patio table or the burned out tiki lamps?  Take a new look at part of the environment that in some way makes the place you live “home.”  Perhaps there is blessing there to share!

I will continue to try and learn something new every day.  Hopefully one of those things will be that Max’s BP will resolve itself.  And even if it doesn’t, as long as he’s a happy camper in his backyard, on his couch, with his blanket, on his rug getting to sometimes stare and bark at his cats, I think life will be pretty good for him, and probly for those who get to make a home with him – even an older sister who I do not believe Max will ever stop drooling over!