Some days you’re the windshield, some days you’re the bug. Isn’t that from a country western song? So Wednesday last week I was feeling a bit like the bug, and I decided to scroll through Facebook. It’s an intermittent activity for me, and I’m always intrigued by what pops up – sometimes seemingly as if my phone has been listening to my conversations?!? I’m having a bit of plantar fasciitis and I click the FB Icon and suddenly I’m getting all these advertisements for PF sandals and socks and braces and salves. I won’t use Siri or Alexa because I KNOW they listen in and report to somewhere, but is my phone actually a bug that hears my conversations when it’s simply sitting on my desk with a dark screen?!? I don’t know, paranoia much, Nanette? Anyway past the PF advertisements and the political statements and a few cute cat and dog videos I see a shared paragraph with photos of a rescued dog. He has the biggest brown eyes and the stick-uppiest perky ears that communicate more than words ever could. So I called the number, I mean how could I not? And the nicest woman answered the phone and told me that Max had been through a lot, was found starving and dirty and quickly diagnosed with heart-worm. All that had been treated and his nutrition level returned to normal and for having been in the shape he was found, he was unbelievably healthy. That tells you a ton about his heart! This wonderful couple was fostering him and loving him into his best self and finding him a home.

They had a dog . . . I had a home without a dog . . . what are the odds?!? I went to meet him and it was an immediate match!!! I got down on my knees and he came and put his head on my shoulder. I know, right?!? I was a puddle and a goner from that moment on. His foster dad loves him so much he asked if I could wait til the next day to come get him so they could have another evening and night with him and then he wouldn’t be home when I came to get him. How sweet is that? Oh my heart. You know, I’m really sort of a softy underneath this hard and crusty exterior.

So Max has found a home with an old pastor in Olathe! The cats are NOT amused. They have made it clear that they did not need a new pet, that a house without a dog was suiting them quite well, and who do I think I am to find a beast and bring it home without checking with them? I’m accusing them of being a little too United Methodist right now. Whaaaaat?!? I know we say open hearts, open minds, open doors, but . . . I’ve tried to tell them (the cats I mean, snort) dogs have four legs, cats have four legs; dogs have two perky ears, cats have two perky ears; dogs have cute paws, cats have cute paws; dogs do not have opposable thumbs, cats do not have opposable thumbs; and finally, Max cannot help that he was born a dog instead of a cat, in fact, evidently God wanted both dogs and cats in the world – that seems to be the heart of the conflict. Why would God create dogs when cats are clearly superior and so much more, well, normal? I shared with them that certainly from their perspective cats are superior and normal, but that’s because they are cats, they haven’t considered what it is to trot around in a dog’s world, that doesn’t mean dogs are wrong, simply that they’re different. The cats have yet to decide that different is o.k. – so they are staying at a distance and hissing a good bit, while Max is just staying friendly and happy. I believe in the not too distant future the cats will come to a reasonable understanding of what it means to share the world with a friendly dog who finally isn’t going to simply go away. Until then I’ve no doubt Max will be fine, continue to go on walks, enjoy his treats, maybe sleep on the furniture every now and again, and when they’re finally ready to be friendly, he’ll be there waiting to welcome them into a world where, in fact, dogs and cats can live together. 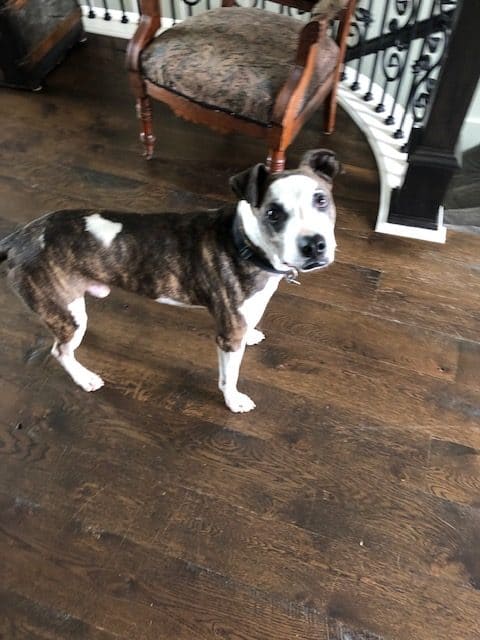 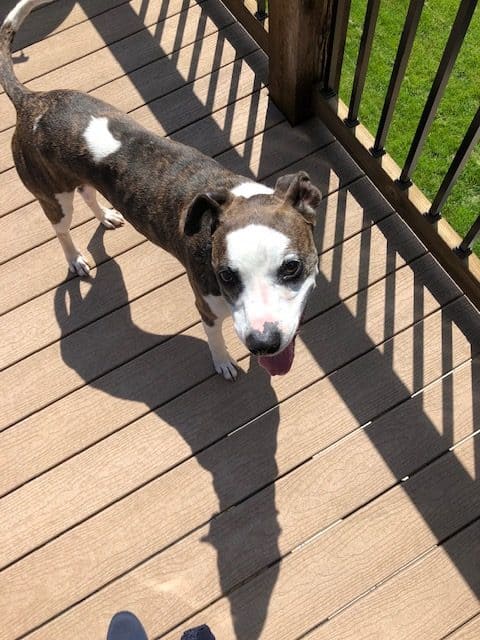 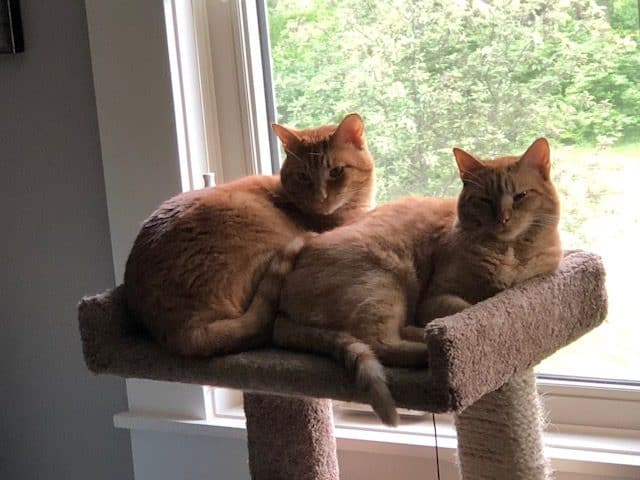