It was the first week of December and I was in South Africa. It could have been a lifetime ago rather than 6 months. In some ways it still feels like a dream, but I was looking for a pic I’d taken of my bumper (don’t ask), and I came across the file of pics of the trip. They almost seem unreal, or like someone else sent them to me from their trip. Here’s one of my fave’s. 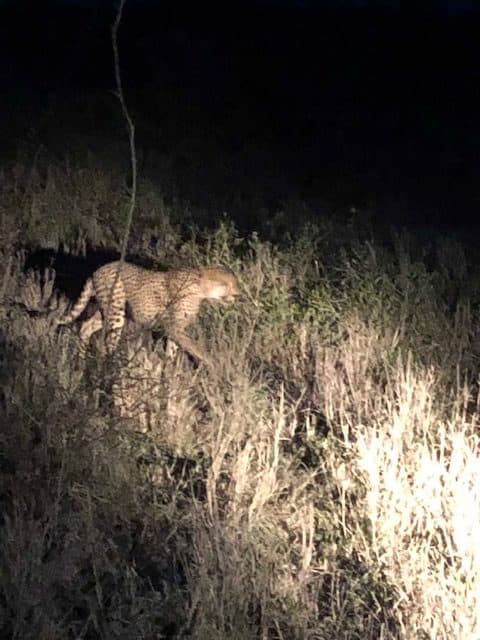 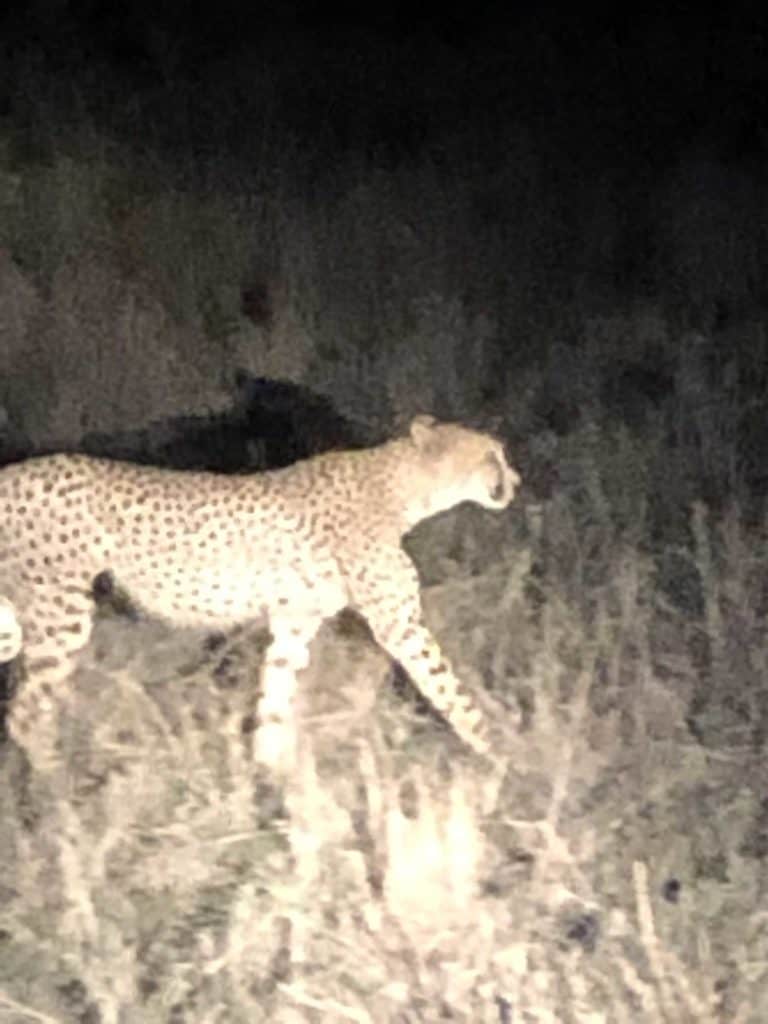 This was in the Kruger Park and we were on a night Safari and were on our way back to the camp and our guide received a radio signal that there was a cheetah in the area. They are extremely rare to see in a natural habitat. Their bones are extremely light, why they can run so fast, (fastest animal on earth going from standstill to 60 mph in 3 secs.!) but that also makes them vulnerable to stronger predators, so they are out mostly only at night, are most always alone, and are more wary than most larger cats, of anything out of the ordinary. The folks in the Kruger are so careful to be a “normal” part of the environment, that animals tend to see jeeps as a benign part of the landscape – not particularly threatening or edible (particularly happy about that part) just there. And there he was and he never gave us a glance as he simply walked past our jeep in silence. I was and continue to be in awe – and, believe or not – without words. Such gracefulness in his gate, the stripe framing his nose and mouth so poster-perfect, his both high alertness and comfort with his surroundings simply humbling. What vision the people of the continent of Africa had when setting aside that land for animals to live in all the grace and beauty and natural cycle of life. The inherent understanding and wisdom that we humans really have no right to take away this habitat from them, but in respect can still receive the gift of observing.

We must stay most aware of the temptation to decide that all of Africa and the population therein is the reason for our denominational chaos and the harm being done to people we love. The issues are tremendously complex, the motives and biases and financial manipulations, insidious and farther beneath the surface of appearance than we realize. And we are called to think deeply before using our words to hurt those we believe have hurt us. My sermons to myself – you think the ones on Sunday are long – you should hear the ones I hear inside my head on a daily basis! Anyway, my sermons to myself around this issue are essentially titled “Compassionate Firmness”. I seek to be compassionately firm about my unwillingness to stay quiet when any of God’s beloved children are being harmed because of how we are born, and at the same time be aware that lumping an entire people into a group and deciding “they” are the problem whether from ignorance, or proactive hatefulness, or an openness to receiving financial gifts to offset an environment of deep poverty, is also not the answer. Frankly hating and blaming and demonizing was NEVER Jesus’ answer.

The question is whether we have the courage and the patience to move forward in the direction we believe God is calling us in a way that doesn’t dismiss or destroy those with whom we disagree while actively supporting, encouraging, and aligning ourselves with those who are defined as “objects and/or issues” with which the church must grapple. Being considered an “object and/or an issue” is both demeaning and dehumanizing and one of the ways we have distorted our “Christian” treatment of groups of people we didn’t understand or accept throughout history. How might we build relationships in ways that respect difference and maybe even catch glimpses of the beauty of God’s creation that is often rare and without particular fanfare – not unlike a Cheetah walking through a natural and protected habitat at night without either threat or false pretense – just being who he was created to be.

I’m including a few pictures and a short video below of a pride of lions. They had recently killed a zebra, so as our guide told us, they would not be hungry so we were not in danger being this close among them. However we were also told that the safe way to view these animals is NOT to “break the plane” of the outline of the jeep. In other words, stay quiet and don’t move. You know I love cats. I have two of them that live in my home. These lions were showing so much similar behavior that I see in my two that I was simply taken by them. And then this person sitting in front of me put her head in the way of my video at which point I felt the need to stand up – thus “breaking the plane” of movement and size. As you will see, this video only lasted 18 seconds at which point the guide compassionately but firmly told me to sit down slowly and be quiet. The final shot of the video should tell you why that was wonderfully wise advice and how happy I am not to have been the dessert after their zebra tartar. Appropriate respect for cultural and contextual knowledge does not have to hinder our own nor stand in the way of change, learning to listen and learn deeply may just be that which helps us move forward into what God is envisioning which is more beautiful and blessed than right now we can picture . . . 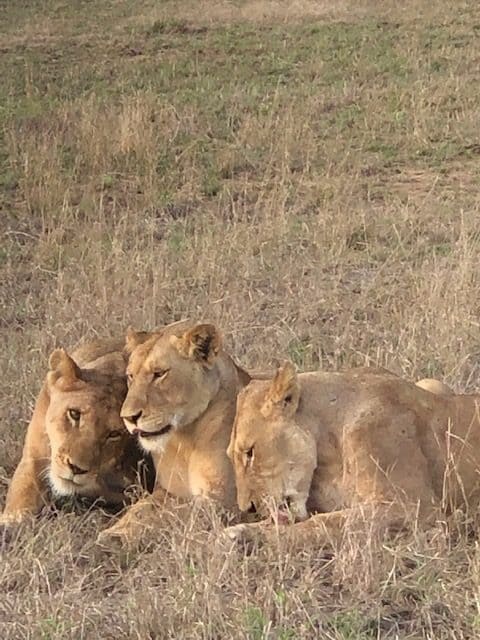 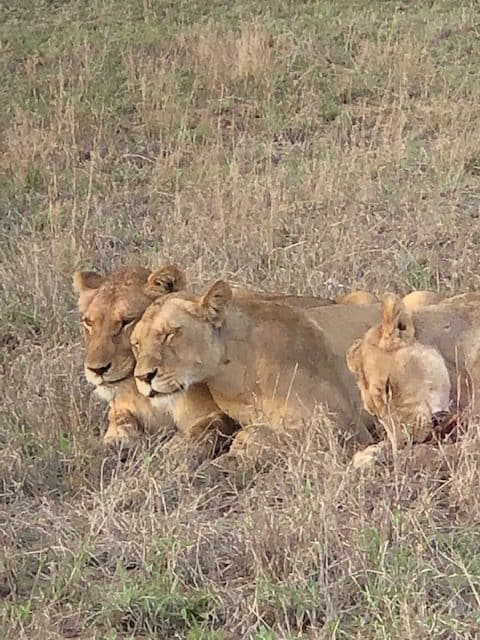