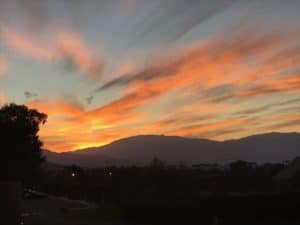 Today is All Saints Day – oh no, you’re probably thinking, I forgot to get cards and presents and was too tired in my sugar induced haze (after the Halloweenies stopped coming to my door and I had to finish the candy left in the bowl) to take down my All Hallow’s Eve decorations to put up my decorations for the Feast of All of the Saints. It’s so hard when these big holidays follow one right after the other. *snort*

Yet it IS All Saints Day on this first day of November. But isn’t that a Catholic thing? More formally, yes, our Catholic brothers and sisters are the ones whose tradition lifts well-examined and considered leaders of history who have done extraordinary and miraculous things and designates them as “Saint”. AND, both in and through that same spirit, non-Catholics claim saints as well. Those who have gone before us, filled with strength and faith – and filled with faults, failures, and doubts.

Wait a minute, what?!? Aren’t saints only supposed to be those people who never had those weaknesses, never had those fears, never had those moments of boredom and frustration and cynicism that beset ordinary humans about life and the world and themselves? I suppose that can be the case if we want to equate saints with all that is out of reach for us ordinary folk. But frankly, I don’t want to and won’t do that.

You know what almost kept Mother Teresa from being designated a Saint? Her honesty. Seriously. She wrote in her diaries and journals about her doubts in her faith and her often unmet expectations of “experiencing God” in ways she so desperately wanted to. She spent a great deal of her life wondering and wandering about in her spiritual life seeking after a union with God that never seemed to occur. But here’s the miraculous part for me: her doubts NEVER stopped her from fulfilling her passion, calling, and mission.

Whether she was feeling empty of faith or full of faith, she yet continued to pick up those society considered the “throw-away” lives of persons dying of leprosy, homeless and living in the streets, and literally and spiritually picked them up, gave them a home, and bathed and comforted them in the final chapters of their walk on this earth. How do we define miraculous if it’s not that? Should she not have written about her doubts? Should she not have claimed them and named them? It appears that it would have made her path to sainthood much easier. But what would we have missed? The gift of knowing she is as beautiful and fierce a human as the rest of us?

Then we think, well, I’m no Mother Teresa, and neither are those “regular” people who have gone before me into God’s eternal realm. You know, the ones with whom you laughed and cried, the ones who frustrated the life out of you and made your heart sing – sometimes within moments of each other. The ones who made you think, even when you didn’t want to, who refused to say yes and agree with you simply because you wanted them to. The ones who expanded your heart in both beauty and sometimes sadness, with whom you probably shared the most honest “you” that you have and yet they loved you in all of the scars, both physically and spiritually, that you have acquired in the midst of living life as perfectly imperfect as only human beings can live.

So are they saints? Absolutely. Without question. Beyond what we can understand. Why? Well, did they impact your life? Are you different because of their existence? Do your memories of them both break AND fill your heart? Then they live on for you because of that and we continue to learn from them in that glimpse of eternity we see through their hearts, which continue to beat in and through our own.

You know, you can’t really try to be a saint. Well, I suppose you could. If you’re a guy and pretty good at blocking or tackling or throwing or catching and have a desire to win every game except on the off-chance you play the Chiefs, you could move to New Orleans and join a team of them. Okay, that’s probably not as witty as I thought it might be, but I’m leaving it in here.

But I think we don’t really try to be saints. What we learn from those whose lives have touched ours is that simply trying to live and learn and love and admit our mistakes and celebrate our joys and hope when all seems hopeless and live with generosity when we feel like we have nothing left to give – maybe choosing those things puts us on a road to a well-lived life, and perhaps and finally that, in and of itself, has everything to do with a working definition of sainthood.

I’m in Arizona – I know, right? I’m sitting on a balcony where I watched the sun come up this morning (see my picture above), drinking a nice cup of coffee in the quiet of a new day. Can I tell you something? I planned this trip about 6 weeks ago. Nearly every year since I’ve been at Grace, I take a few days off the week after Commitment Sunday of the Stewardship Campaign. It’s sort of the slowing-down time of inhale and exhale before the intensity of the upcoming holidays. Sometimes I’ve traveled, but often I’ve simply hunkered down at home for some brain rest. But this year I’m in Arizona. I wanted to see my Aunt and Unc who are, first of all, simply great people, but also because we’re all still reeling a bit from my cousin’s sudden death several months ago. As it turns out – and I wish I could tell you I’m better at keeping track of this stuff than I am, but my family can attest I am so NOT – it was my cousin Susan’s birthday last week. I didn’t plan this trip knowing that – but maybe a power beyond me did, maybe? Because somehow the rhythm of that timing has a sacred resonance to it. I can’t really describe it much beyond that – this trip simply “fits” and it’s beautiful here.

I know, I know, it’s not that helpful to be sitting on a balcony in 70-degree weather and rub it in to my friends in Kansas who are stuck in the cold. But that’s not really the beauty about which I’m speaking. It’s a beauty that comes from an honest walking and abiding and living through the hardest of the hard moments in life – without pretending we’re not AND without dwelling in it as victims that have been treated unfairly by a capricious and arbitrary God. See, that’s sort of the paradox of this whole All Saints thing I think. The sadness and the frustration and the exhaustion and the laughing and the remembering and the speaking become so much a part of the fabric of the gift of this life together. And it’s in this life together that we perhaps begin to catch a glimpse of the life which is to come.

So it is All Saints Day and this weekend in all our worship services, we’ll name the names of those who have gone on before us this past year from our congregation, and we’ll light candles. The final candle we light will not have a specific name attached, but is left for all of us to name our own saints whose lives have left us different in the perfectly imperfect ways of being truly human. And then we’ll get up from our worship of an amazing God who breathes life into each of us and we’ll move out into the world to keep living and loving and having our hearts and spirits broken and sewn back together in the healing hands of one another. And in the midst of it all, we will continue to make up that “great cloud of witnesses” of God’s amazing grace.